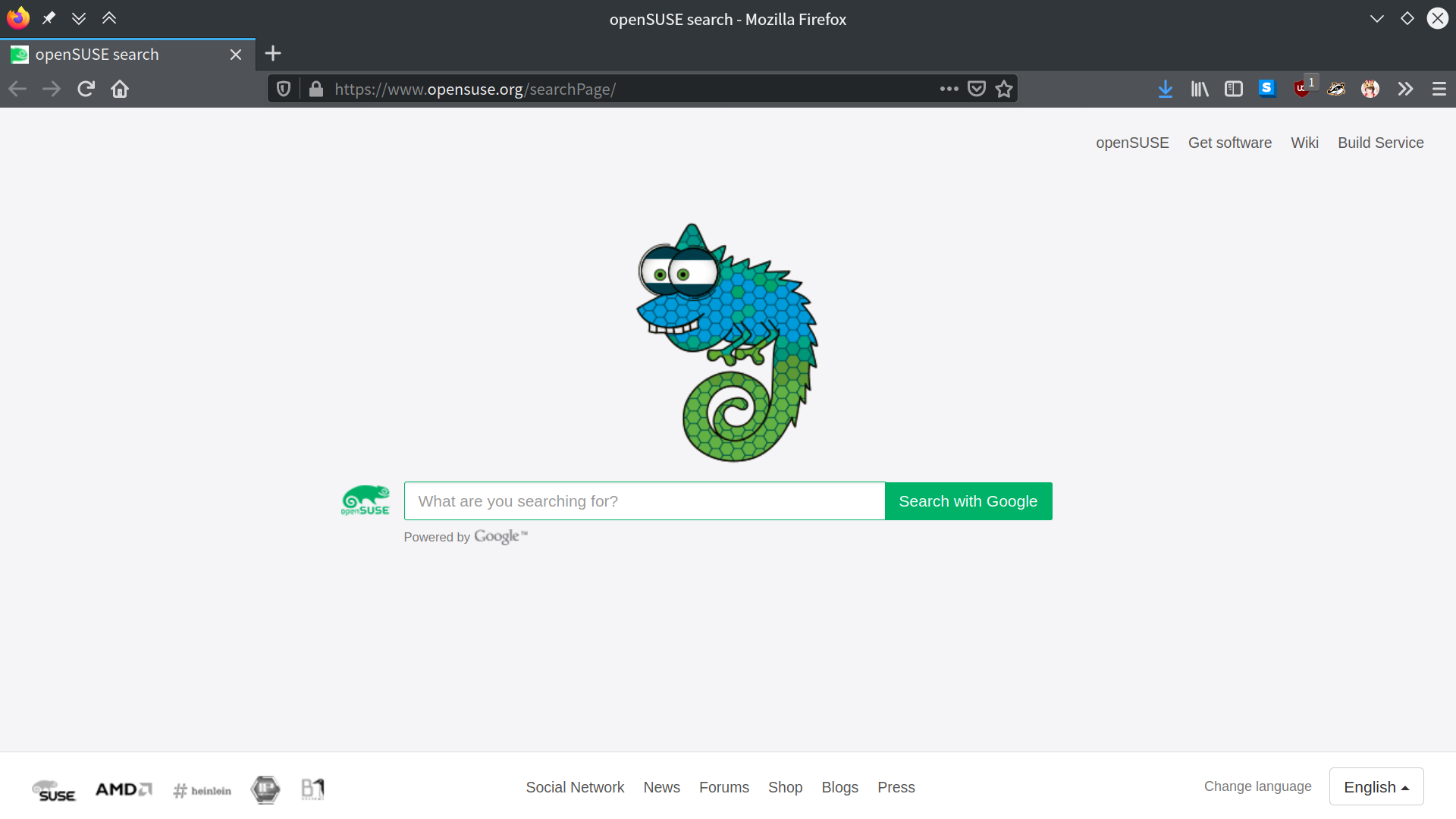 Mozilla Firefox is a standalone web browser, designed for privacy, security, standards compliance and performance. Its functionality can be enhanced via a plethora of extensions.

Firefox makes your daily web browsing fun and easy with a number of features, including:

In all openSUSE desktop installation, Firefox is installed by default. So usually you don't need to install it manually.

Via Zypper
sudo zypper in MozillaFirefox

Mozilla is NOT responsible for security auditing of extensions at https://addons.mozilla.org which gives malware chances. Even some "featured" extensions are proven to be malware. You should not install extensions or themes without knowing who the author is and whether the code has been hijacked. And Mozilla will never tell you this!

The following guidelines can keep you away from bad extensions:

Extensions for everyone, no mandatory configuration needed:

Do NOT install multiple ad blockers because they conflict with each other and make ad blocking effect worse. If you already installed uBlock Origin, then don't install Adblock Plus.

Extensions for experts, with total control:

Even with protection of extensions, you can still be tracked and identified by IP address or your browser fingerprint. If you want to hide your identity better, use Tor Browser instead.

The Mozilla Project on the Build Service provides you the latest version of Firefox. This project offers relatively stable and tested, albeit unofficial, packages from Mozilla.

The repository can be found in the Mozilla repository.

While using the latest Firefox release, you can install Firefox ESR for tests/comparison. It is available with Mozilla repository.

There is an open bug regarding fonts displayed in the Flatpak version of Firefox where certain websites' fonts are in serif.

A possible workaround is to add the following code to ~/.var/app/org.mozilla.firefox/config/fontconfig/fonts.conf.