Note: This page is used by the candidate of the board election as a platform to show his views and answer some standard questions.

Please introduce yourself and your background. It is also recommended to create a userpage in the wiki and provide a link to your blog. Because of the election rules we need to know your company/organization affiliation.

It's also interesting for the community to know your irc nickname and to seee a picture of you :-) 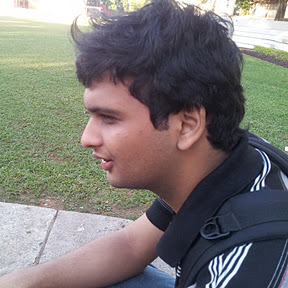 I am Manu Gupta, also known as manugupt1 in irc as well as on the web. I am currently a student at Manipal Institute of Technology, Manipal and will be working as a Software Engineering Intern at Samsung Electronics from January onwards. I firmly believe that contributors as well as users are a part of the community and we should maintain a fine balance between the needs of both. I have been contributing to open source and the openSUSE project for quite some time amongst which the most instrumental are:

I still remember my first contributions to the project was to the wiki transition of the wiki when the new wiki came up and did quite some work by transferring a lot of SDBs. I transferred the whole of marketing portal and created the ambassador portal on the wiki.

The need of a foundation is of utmost importance as we are moving forward. Since last February, there has been absolutely no discussion on how to move on the foundation. So while a foundation consists of a lot of legal stuff and by-laws, it will also be a fundamental representation of our community. Thus, in my opinion there are two requirements we need to satisfy for a foundation to truly take place.

We already know that the huge benefits of the upcoming foundation, some of them being more independence, inclusion of more sponsors, regional set ups so that our regional teams can be sponsored with resources easily. Moreover, the upcoming foundation will certainly play a big role deciding the direction of the project. We should start identifying as to how we can speed up the entire process of creating the process. One of the biggest hurdles is managing finances. We need to identify our sources of income and where our money is being spent. We also need to identify the source of income for foundations like paying for the lawyers who charge by the hour. So to speed up the process of the foundation requires a few things of utmost importance from the board

We are already doing the above and I am just reemphasizing the needs again.

This is a very serious issue. The level of communication with the community is an area in which we need to work harder. Since, the board is not a technical body, it becomes quite difficult in the present to communicate what the board has been working on. Effective communication is the very ingredient of trust and respect. With the new board, we will try to make sure

The other aspect of communication is our usual mediums of communication like IRC, mailing lists etc. I believe its more of a psychological thing but a few people have the feeling we have too much bike shedding or non-sense going on in theses channels. We need to identify a plausible means to get rid of this mentality.

This is a lesson from the past. Until now, the board had very little role in maintaining the finances that was offered to us by our sponsors. I would like the board to have a very prominent role in maintaining those records. This is very important for us as our sponsors would like to know where their money is being spent. One of the major reasons that the creation of foundation is hindered in the past we did not maintain where we were spending our money. Alan Clark is working on it but from now on, we must learn from our mistakes and not repeat it again.

Google Summer Of Code and other such programs

This has been love of mine and I should not even call this an issue just a proposal imo. In my honest opinion, programs like this have reaped great benefits to the community. We have gotten lots of our work done and also gained a lot of new contributors. I would like to see this as a board role take a role in participation of such programs in the future.

Role of the board

If selected, I would like to see the board turn into a very much more functional body than any of its previous terms. We are all improving and the current board should certainly be a better evolution of its predecessors who have done an excellent job till now. We need to improve upon what we have done, in the last term of the openSUSE Board we saw our strategy proposal coming up. In this term, I would like to see the board taking an active role in the formation of a foundation. Foundation means a lot of work and we need to start again keeping in mind our previous discussions on what is required by us. A prominent role in the setting up of the foundation will be a big and yet the very apt task for the board.

Besides that there are a lot of things like keeping in mind the humane aspect in the community. We should try to have a comfort zone for everyone. While everyone cannot be satisfied with every single thing he or she wishes as that would be lead to a chaotic situation but understanding people, their personal and cultural differences will lead to a successful community. The human aspect of the project needs to be brought out.

Why you should vote for me?

For me, expediting the process of forming a foundation will be of the top most priority to the board. Discussing and reviewing what has already been done. Discussions like Objective, what will be the purpose of the foundation when it is a legal entity, discussing financials( Alan Clark is already doing it), the future role of the board with the foundation, trademark policies are a few points that needs to be discussed and worked upon. These are not small things, but we should start in a direction (again) with a determined focus so that we can see a foundation on its way.

Secondly I would like to see is that the board is more approachable not to say that the current is not but the actions of the board are not presented to the community at large. The board is in my opinion is an accountable body to the community. It needs to deliver and also regularly communicate on what it has been doing till date. I had like to see we inform everyone at least quarterly about the board's activities. To put it flatly, since we have been elected we are liable to answer.

Thirdly, continue with the existing board duties like protecting our trademarks is also a priority for the board.

Besides a successful Foundation, I envisage our community growing, learning and having a lot of fun together. I would love to see we have more successful projects like our distro, OBS, openQA etc as they are direct reflections of the success our community and the hardwork done by a lot of brilliant minds. We are all about collaboration, moving together and promoting free software in every little way we can.

Room for your supporters to leave a word about you

I have known Manu Gupta for 2 years as we both were part of LUG Manipal. At that time, I was using Ubuntu, but he got me into trying openSUSE, and helped me adapt and also helped me whenever I got stuck. He helped me in choosing a project for Google Summer of Code, and was always supportive. He has always guided and pushed me into contributing to openSUSE. His knowledge about openSUSE, Linux, and Programming in general is immense. SaX3, which he developed as a GSoC project highlights this fact. He always had a solution to all the problems that users of openSUSE in Manipal have faced. He conducted various openSUSE related events in Manipal, and they were great successes. Because of his efforts, there are many users who use and contribute to openSUSE.

Manu is amazing, always positive and full of energy. To me, he is one of the people perfectly embodying the new generation of openSUSE contributors. He has been critical in ensuring that openSUSE participates in Summer of Code and Code-In, two programs that help attract new contributors. Moreover, not being American nor European, Manu can bring his eye with a different background on topics. And that's a good thing! -- Vincent Untz

An intelligent guy who takes up responsibilities and does not shy away from sharing credits. He talks less and does things. Manu's dedication has helped openSUSE tremendously in various events like Google Codein, Summer of code, GNOME.Asia. He is the only student in the contestants (afaik) and doing this entirely on his freetime out of his own interest. I applaud him for this and recommend him whole-heartedly. -- Sankar P