Each devel project has its own set of processes, rules and communication channels that fits them best. The reference point for this information is the project description of their Build Service project. Devel projects are also subject to change because the world of FOSS software is constantly evolving. Certain software becomes obsolete, standards and defaults change. That means devel projects can change names, get dropped, be newly created, or change content and direction, as can packages in devel projects. The current devel projects feeding into factory can be found in the drop-down menu on top of this page. You can find a summary description of the Factory submission process here.

You can check a more detailed information about this topic. 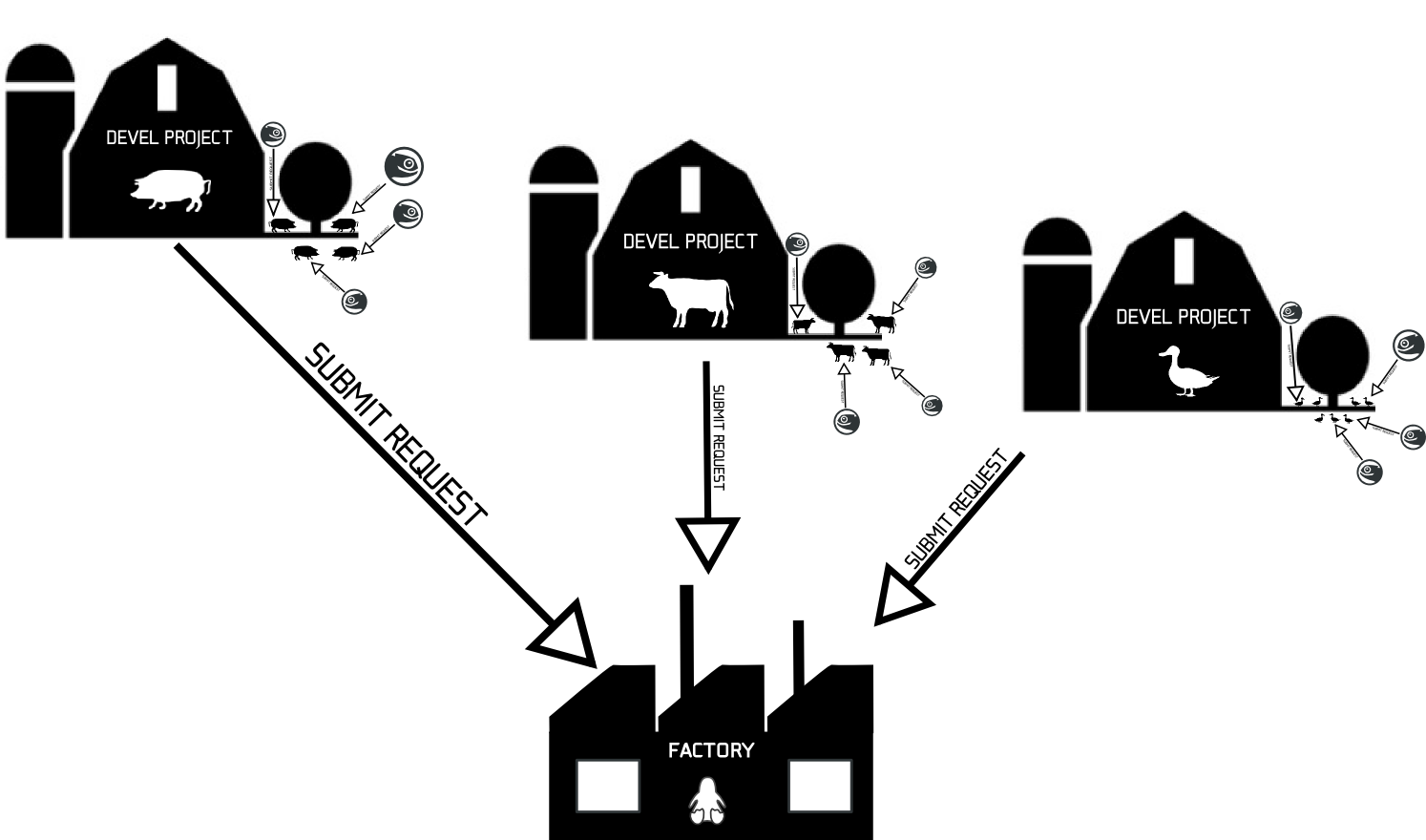 Once in a while, a specific core package (like a new version of GCC) is deemed to have the potential to break so much that the Factory Maintainers decide to create a special staging project in which Factory is build against the new package. Its developers can then fix the resulting breakage before integration back into Factory.

Staging projects can be seen as a fork of Factory in which some developer can prepare changes/updates to different packages, build them together, test them and submit them together for inclusion into Factory when everything has been tested.

Factory has been divided into three rings (0-bootstrap, 1-minimalX, 2-testDVD). The inner ring ( 0-bootstrap ) contains packages that form the most basic, minimalist system. The next ring contains ring 0 plus everything needed to run a minimal X system. Finally, the outer ring contains everything else.

When a submit request is done to a package that belongs to the inner ring the request is automatically put in a backlog for the Staging Master to review and assign it to a specific staging project. There are 9 staging projects currently, named A, B, C, D, E, F, G, H, I and J. Staging J is a special case, it's against to test non-belong-to-rings packages. Whose purpose and contained packages change over time. Each Staging Project have generated the image time to time, and test the image on openQA in order to recognize those packages would not breaks current Factory.

osc-plugin-factory is the tool what handling everything with Staging Project, the staging plugin document explains the usage of this tool.

It might be possible that other packages fail due to this submit request, in that case, those packages are added to the same staging project, so they're build against each other.

Once every package in a staging project builds successfully and test fine on openQA, the Factory Maintainer can submit it to Factory and leave it free to test other changes in the future.

The complete Development Process is detailed on this page. It consists of the following steps:

Not too long after the release of the Beta (the final milestone before total freeze), the Release Team forks off the release from Factory and uses the Maintenance update process to stabilize the release.

Bug fixes and new features have to be first committed to a devel project, and from there will be forwarded to the main openSUSE Factory project. Because of this, the governance of the Factory project is also further broken down.

See a more detailed list of roles and responsibilities here.

You can read a more detailed information about the openSUSE/factory Development process.