Note: This page is used by the candidate of the board election as a platform to show his views and answer some standard questions. 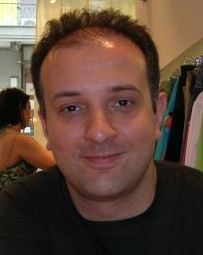 My profession is Farm Animal Manager but currently am working as a veterinarian assistant. My involvement with FOSS started back in 2006. As a founding member of GreekLUG, I was responsible for most of the events held within the LUG.
Around 2010, I had the idea to gather all existing openSUSE users and form a local community like the Ubuntu and Fedora ones. I also asked Kostas Koudaras (Warlordfff) a fellow LUG member at the time (and openSUSE user) to join me in that. At that time, most of the people who had a first linux experience had it with SUSE Linux (around version 6), then Ubuntu came and that surge in popularity convinced everyone to change their distro.
It was that year (2010) I became an openSUSE Ambassador and about the same period an openSUSE member. I was the second registered ambassador in my country but first active one since the person before me had pretty much ceased to contribute at that point.

I was involved in promotion of openSUSE in my country (see the events we did in my wiki page). I became the coordinator for Greek translations and managed to increase the strings translated from 75% to about 99% and got Greek as an included language option in the installation DVD. I’m also a moderator at the Greek subforum, although we don’t have much traffic these days. Since I’m involved in social media, I’m one of the administrators of the Greek community's social media.

After we formed an active local community, the Global community trusted us to organize the openSUSE conference in 2013 which was held in Thessaloniki, Greece. I was "invisible" during the conference but for those of you who attended, I was the guy inside a room rigorously and frequently posting about everything happening in (and around) the openSUSE conference on our social media. Of course I also helped setting things up on site but this is the curse of dealing with social media during a conference. I had the same role next year in Dubrovnik.

I've been a member of the Travel Support Program committee since 2014.

I’m proud because I managed to find the developers of Enlightenment and MATE, we formed teams and now both GUIs are in the official repos of openSUSE.

My main machine runs openSUSE GNOME Tumbleweed. My Raspberry Pi B+ runs 13.1 (I won't upgrade it).


Issues I see from my corner of the world

As a member of the community, I have the feeling that we don’t really have “new blood”. We need more events/meetups to bring more people to our community. We need to bring the fun back. There’s a recipe to do that such as project meetings, junior marketing jobs (make it easy) that can engage new users. I don’t believe on ambassador/advocate or mentor titles, because those are just that, titles. We need active people to engage even more people. Of course this is not directly a role of the board but board members too can propose ideas and spark motivation in the community.

I think a mistake we’re doing right now is that we’re too focused on tech conferences such as FOSDEM or SCALE or our very own conference (not suggesting to ignore or not attend those) but usually visitors of such conferences are linux users already for possibly a long time and determined enough so that they will hardly change their distro. We need to focus more on LUGs, hackerspaces, universities and the sort. Unfortunately new users that come from such places, choose Ubuntu or an Ubuntu based distro (which is not entirely bad since we like collaboration). The major reason for such a choice though is mostly because they are not really informed about the existence of other distros than an actual and consious choice of Ubuntu as a better platform for their needs.


Role of the board

The Board members are community members that are asked to solve conflicts (if any), which is why our board needs to be active, visible, and accessible. The role of our board isn’t to dictate since we’re all volunteers, It is best to lead by example and cheer up our members to engage and grow the community. The board itself should also be a source of new ideas and proposals for the community to consider, and should encourage other contributors to file their own ideas and help them.

Why you should vote for me?

Room for your supporters to leave a word about you

Hi, my name is Salih and I am a Ubuntu Member. Stathis is one of a kind !. In Greece we have a nickname for him were we call him "the machine" and this is because from 2006 and especially from 2010 (once he became openSUSE member) he has been in a non-stop contribution marathon to openSUSE and non-openSUSE related FOSS projects. He has converted countless people to openSUSE, helped and mentored participants to accomplish their goals on various projects and pushed hard the translation of all desktop environments that are available on openSUSE to Greek language. Words can literally not describe his efforts of contribution on all levels !. We have worked together in many projects and once he picks something, he gets stuff done, in a collaborative and friendly way. I am sure he will be a valuable board member !. -- Salih Emin

My name is John Salatas an I'm currently a researcher at University of California, Irvine. As I'm of greek origin, I know Stathis through his involvement with the greek linux community in general and especially with the greek openSuSE community. He is very talented and active person and I highly recommend him for a board member. John Salatas

Hey I'm Nick,I am a member of the greek openSUSE community and i #vote4stathis. I believe he deserves to be on the board and due to his long time contribution and commitment to the project.From organizing events and giving speeches about FOSS to writing guides (His guides are a must for starters as they give a proper understanding for anyone who wants to get to know Linux and openSUSE.) he takes pride by staying in the shadows and not braging.Let's put him in the place that he deserves! --Nick Mantas

Stathis is the heart and soul of the OpenSUSE Greek community and his mission is to enable everyone to run their workloads on Linux. He's a team passionate player and self-motivated person who values open source by investing most of his time sharing knowledge (LUG workshops, tutorials, forums, etc), work on multiple projects (Gnome translations) and organizing team events (opensuse conference at Thessaloniki, local community events etc). I will #vote4stathis because I want to work with people that have natural direction, drive, love and fun. --SUSE Linux QA Maintenance Engineer