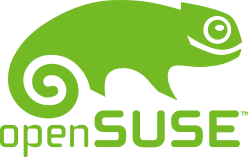 With the introduction of the collaboration features of the build service, everybody can now help with packaging in openSUSE. For GNOME, for instance, the development is done in the GNOME:Factory (G:F) project, and packages submitted there will then be submitted to openSUSE:Factory (oS:F) which is where the Factory distribution lives.

However, the command line for all this might be a bit hard for first-time users, and some of the usual workflow can actually be automated. That's why we created the osc collab plugin. This plugin provides three extremely useful commands: osc collab todo, osc collab update and osc collab setup. A few other commands are available.

Warning: osc collab is now in no way specific to the GNOME related projects and it can be used with any other project. It can help you organize your work in your project! For advanced features (like todo, update, buildsubmit), you might need to ask the server side to be setup, though.

First, let's look at what can be done (the output of the todo command is truncated in this example) for the GNOME:Factory project:

We can see that anjuta, at-spi, gdm and gedit all need an update in GNOME:Factory since there is a more recent version upstream. We notice that anjuta has already been reserved by somebody, so we can ignore it. Similarly, we notice that there is a submission for gdm waiting to be approved by a GNOME:Factory maintainer. So let's just ignore this one too. It's possible to automatically remove those lines with some arguments: osc collab todo --exclude-reserved --exclude-submitted (or osc collab t --xr --xs for people who prefer to not type long commands).

So let's work on updating gedit:

The output of this command is a bit verbose, but this way, you can be sure of what's going on. In this specific case, everything went fine and so it seems you only need to update gedit.changes.

So, you first change the current directory to the checked out package with cd gedit. And then, you can now open gedit.changes in your favorite editor. You'll notice that it's already prefilled:

So you only have to mention what has changed. The osc-collab.NEWS and osc-collab.ChangeLog files should be of some help here.

Now that you've updated gedit.changes, you should make sure that all patches in the package are still relevant and that the build and runtime dependencies are up-to-date. There is no magic way to do this, so it's all manual work.

The next steps are typically to commit your changes, make sure the package builds correctly and if this is the case submit it. You can do all this in one command: osc collab buildsubmit -m 'Update to 2.24.0'.

After the successful osc collab buildsubmit, the package will automatically be unreserved by default, unless you used the --no-unreserve option. You can alternatively manually unreserve the package: osc collab unreserve --project GNOME:Factory gedit

What can go wrong

This section provides the basic steps to get your running with osc collab from installation to working with several projects.

The easy way to install this brilliant plugin is through the osc-plugin-collab package from the openSUSE:Tools project.

You can also install the latest version of the plugin from git:

To make sure the plugin is installed, simply run osc collab --help and you should see the help summary of the plugin.

The first time you will run the plugin to do an actual command, it will ask you for an email address. This email address is saved in ~/.oscrc and will be used when updating the .changes files.

As an example, people working on Moblin on openSUSE 11.1 should probably use this configuration in ~/.oscrc:

while people interested in GNOME 2.26 on openSUSE 11.1 should use:

A note about package tracking

If you do not know about package tracking, you can skip this :-)

What can I do?

One issue in a big team is that often, people don't know what they can do: there are so many things to do that you get lost since you don't know what should really be done and what people are working on. The osc collab todo helps you here. It will display all the packages that need an update to a new upstream version. It's generally the easiest way to start working on the packages.

To avoid people duplicating work, we are using a really simple reservation system. When you run osc collab update or osc collab setup, you automatically reserve the package for work. To ignore this reservation step, you can use the --no-reserve option.

Note that you can manually reserve a package for work with osc collab reserve. This command is provided for completeness only, since you would generally use osc collab update or osc collab setup.

Updating a package to a new upstream version

The most common task during the early development cycle of a new version of openSUSE is to update packages to new upstream versions. The osc collab update command can be used for that.

This command will do the following:

In general, the only thing left to do after running this command is to fill the .changes file. You also have to make sure that all patches are still relevant and that all the build and runtime dependencies are correct.

Working on a package

The other common task when working on a package is to modify a package, to add a new patch or to fix a packaging issue. The osc collab setup command helps you prepare the package.

This command will do the following:

You can then easily do the work you wanted to do.

The --repo and --arch arguments can be used to specify the target of the build.

Building and submitting a package

Some people refer to this command as the "fire and forget" command, since you can just do your changes, and then run this command; if everything is fine, you won't have to worry about this package since it will get automatically submitted. You can even use the --forward option to automatically forward to the destination project (see below for a description of the forward feature).

Working with more than one project

In a simple use case, you only need to work on packages living in a single project. However, many users of osc collab will need to interact with packages living in various projects. This usually is completely intuitive since there's no intersection between the packages of those projects (eg, between GNOME:Factory and X11:common:Factory).

Note that it's always possible to force on which project you want to work by using a single --project option.

There are a few other commands in osc collab that might be of interest to you.

osc collab todoadmin lets you do a sanity check of some project. It will display a list of things you might want to do to clean the project. For example, with GNOME:Factory:

You can use the --exclude-submitted option to hide packages which are submitted to openSUSE:Factory but waiting for a review there.

Generally, the way to fix the issues are trivial to know for an administrator. For reference, the following commands are generally helpful:

The plugin is developed in a git repository on github. You can also clone your own git fork on github or elsewhere on the Internet to ease collaboration in the development process.

Right now, the osc collab works thanks to a database that is created by various scripts. These scripts live in osc-plugin-collab/server/. Feel free to look at them and improve them too.