Tensorflow: A framework for deep learning that can be used by data scientists, provide numerical computations and data-flow graphs. Its flexible architecture enables users to deploy computations to one or more CPUs in a desktop, server, or mobile device without rewriting code.

PyTorch: Made for both server and compute resources, this machine learning library accelerates power users’ ability to prototype a project and move it to a production deployment.

ONNX: An open format built to represent machine learning models, provides interoperability in the AI tool space. It enables AI developers to use models with a variety of frameworks, tools, runtimes, and compilers.

In general, software packages in the distribution grew by the hundreds. Data fusion, Machine Learning and AI aren't all that is new in openSUSE Leap 15.2; a Real-Time Kernel for managing the timing of microprocessors to ensure time-critical events are processed as efficiently as possible is available in this release.

Leap 15.2 will use the 5.3.18 Linux Kernel. This is an update from the 4.12 Linux Kernel, which was in Leap 15.1. The kernel in Leap is the same kernel used in SUSE Linux Enterprise 15 Service Pack 2. This kernel version is maintained by SUSE. This Linux 5.3 kernel introduces support for AMD Navi GPUs, and new IPv4 addresses. RISC-V code improvements are made with this updated kernel and it's compatible with Intel Speed Select used in Intel Xeon servers.

Support for dynamically creating users for the lifetime of a service has been added. If DynamicUser=yes is specified, user and group IDs will be allocated from the range 61184..65519 for the lifetime of the service. They can be resolved using the new nss-systemd.so NSS module. The module must be enabled in /etc/nsswitch.conf. Services started in this way have PrivateTmp= and RemoveIPC= enabled, so that any resources allocated by the service will be cleaned up when the service exits. They also have ProtectHome=read-only and ProtectSystem=strict enabled, so they are not able to make any permanent modifications to the system.

In similar fashion TasksMax= takes percentage values now, too. The value is taken relative to the configured maximum number of processes on the system. The per-service task maximum has been changed to 15% using this functionality. (Effectively this is an increase of 512 → 4915 for service units, given the kernel's default pid_max setting.)

PHP7 is a server-side HTML embedded scripting language designed primarily for web development but also used as a general-purpose programming language. The 7.4.6 version was released with Leap 15.2. In this version, bug #79497 (stream_socket_client(), which throws an unknown error sometimes with <1s timeout) was fixed.

A comprehensive list of issues fixed in this PHP release is available at http://php.net/ChangeLog-7.php

Leap 15.2 has same CUPS 2.2.7 that was in Leap 15.1. CUPS is a modular printing system which allows a computer to act as a print server. A computer running CUPS is a host that can accept print jobs from client computers, process them, and send them to the appropriate printer. CUPS consists of a print spooler and scheduler, a filter system that converts the print data to a format that the printer will understand, and a backend system that sends this data to the print device. CUPS uses the Internet Printing Protocol (IPP) as the basis for managing print jobs and queues. It also provides the traditional command line interfaces for the System V and Berkeley print systems, and provides support for the Berkeley print system's Line Printer Daemon protocol and limited support for the server message block (SMB) protocol. CUPS comes with a built-in web-based interface.

The release of the Xfce desktop 4.14 is the new stable version that supersedes Xfce 4.12. 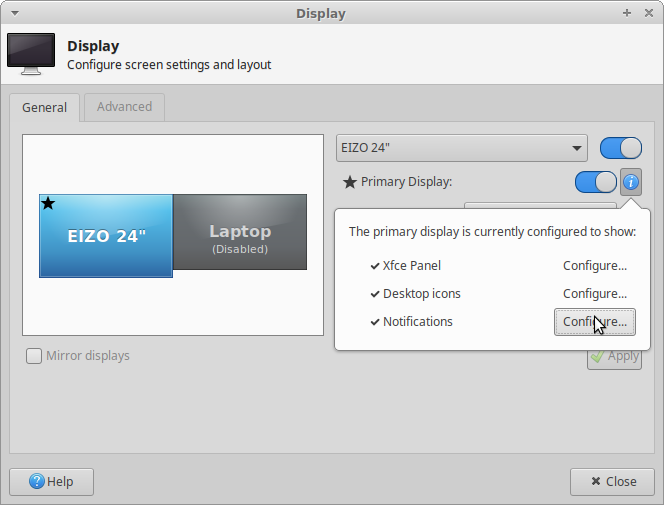 In 4.14, the main goal was to port all core components to Gtk3 (over Gtk2) and GDBus (over D-Bus GLib). Most components also received GObject Introspection support. The release provides polishing for the user experience and introduces quite a few new features, improvements and fixings.

The main highlights of this release are:

The overview visual style was refined as well, including the search entry field, the login password field and the overview window highlight border. All these changes give the GNOME desktop an improved overall experience.

There are also many other smaller improvements in this GNOME release like:

Plasma 5.18 LTS is the third long-term support release from the KDE Plasma team. Leap 15.2 includes this new LTS version. Plasma 5.18 will be updated and maintained by KDE contributors for the next two years (regular versions are maintained for 4 months). In Plasma 5.18 you will find neat new features that make notifications clearer, settings more streamlined and the overall look more attractive. Plasma 5.18 is easier and more fun to use, while at the same time allowing you to be more productive when it is time to work.

If you are thinking of updating or migrating your school, company or organization to Plasma, this version is your best bet, as you get the most stable version of Plasma *and* all the new features too.

Plasma 5.18 is even more user-friendly as we have added more features that let you work, play and express yourself better. Take the new Emoji Selector: it is literally always just two keystrokes away. Hold down the Meta (Windows) key and press the period (.) and it will pop up. Click on the icon that best represents your feelings and you can paste the emoji into your email, social media post, text message or even your terminal.

To help relax your eyesight, there's a new system tray widget that lets you toggle the Night Color feature. You can also configure keyboard shortcuts to turn Night Color and Do Not Disturb modes on or off.

There are quite a few new things in Plasma 5.18's System Settings. First and foremost is the optional User Feedback settings. These are disabled by default to protect your privacy. The System Settings Virtual Desktops page has been rewritten for Wayland support and there is a new panel for managing and configuring Thunderbolt devices.

That said, if you do decide to share information about your installation with us, none of the options allows the system to send any kind of personal information. In fact, the Feedback settings slider lets you decide how much you want to share with KDE developers. KDE developers can later use this information to improve Plasma further and better adapt it to your needs.

Other notable changes in this release include:

The openSUSE installer remains as powerful and versatile as ever, allowing to easily tweak every single aspect of the system including the mitigation for CPU based attacks like Spectre or Meltdown. But power should not be at odds with usability, and the installation process of Leap 15.2 presents several improments in this area, like a more user-friendly dialog for selecting the system role, improved information about the installation progress, better compatibility with right-to-left languages like Arabic and many other small enhancements.

As always, Leap provides a smooth and uniform experience in all kinds of hardware, from small single-board computers like Raspberry Pi to powerful mainframe systems. But without renouncing to the specifics that make those platforms great. Thus, the Leap 15.2 installer offers a better management of storage devices for Raspberry Pi, a more accurate detection of MS Windows partitions encrypted with BitLocker and mechanisms to take advantage of some of the some brand new features of the IBM zSeries mainframes, like Secure Boot or automatic configuration of I/O devices.

YaST is the most complete configuration tool for Linux. Leap 15.2 is the first openSUSE release to introduce a gradual change that splits system’s configuration between /usr/etc and /etc directories. YaST supports that new structure in all the affected modules, offering to system administrators a central point to inspect the configuration that will help them during the transition and beyond.

Leap can be executed on top of the Windows Subsystem for Linux (WSL), delivering the power of openSUSE to the Windows world. The YaST version in Leap 15.2 improves the compatibility with that platform, specially when executing YaST Firstboot in order to perform all the needed initial adjustments.

Another goal of this new version of YaST is improving the experience and possibilities of configuring the network. The YaST Network module has been extensively reworked and now is more robust and consistent, not only in the surface but also under the hood, which opens new possibilities for future enhancements.

The YaST Partitioner keeps being the most powerful tool to configure all kind of storage technologies in Linux, both during installation of the system or at any later point. In this release, apart from several usability improvements, it incorporates the possibility of creating and managing Btrfs file-system that expands over several devices and also allows to use more advanced encryption technologies.

But those are not the only YaST module that has been improved. The Software Manager is now faster, the NFS module is more robust and functional, YaST NTP Client now uses systemd timers to configure periodic clock synchronizations... The full list of modules that has received other small fixes and usability enhancements also includes Keyboard, Bootloader, Kdump, Security and more.

Snapper is a tool for managing BTRFS and LVM snapshots. It can create, diff and restore snapshots and provides timelined auto-snapping. Scripting with it is now easier than ever thanks to its new machine-readable output. The Snapper plugin for libzypp has also been reworked to not depend on Python, making it usable in systems with a very reduced set of packages.

GNU Health, the award-winning health- and hospital management system, comes in version 3.6.4. It has an updated GUI and is prepared for COVID-19 pandemic tracking, including updated ICD-10 codes and improved laboratory functions.

Furthermore, it can directly interface with Orthanc, the free PACS Server, which is now as well shipped with openSUSE.