I got hooked on Free Software while studying Computer Sciences in the University at my homeland (Canary Islands) at some point near the year 2000, becoming a GNU/Linux addict. In 2002 I discovered Ruby which quickly became my language of choice (first for Qt based applications and later for web development). Being very active local Free Software advocates, my brother and me founded Banot.net (a small IT company willing to bring the advantages of Free Software to other Canary small companies) in 2006. In 2013 I was recruited by the openSUSE Team at SUSE Linux as a web developer.

Since then, as you can see in my github profile, I have been trying to break the Build Service, openQA, YaST, the Travel Support Program application, software.o.o, progress.o.o, OSEM and several other tools related with the openSUSE project. Since July 2014 I'm a proud member of the YaST Team at SUSE. 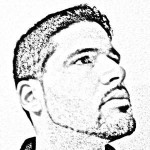