Welcome to the Enlightenment Portal edit

The first version of Enlightenment was released by Rasterman (Carsten Haitzler) in 1997. Version 0.17, also referred to as DR17 or E17, has been in development since December 2000. It is a complete rewrite on DR16 and was designed to be a full-fledged desktop shell, based on the new Enlightenment Foundation Libraries (EFL).

For most people the version of enlightenment in the main repo's Leap 42.2 and Tumbleweed is adequate and sufficient, Tumbleweed in particular will receive all new versions etc, we hope to have the X11:Enlightenment:Nightly repo working again soon

This repository contains packages using released sources of E17 and EFL (its libraries). If you want to try this environment, this is good choice to start with.

You can browse the repository here.

The X11:Enlightenment:Nightly repository provides the latest upstream SVN snapshot and is available mainly for Enlightenment developers and testers. It currently contains much more packages, but it's shape may not be good as everything is in development.

Warning: I suspect these links are currently broken they probably need to be updated to install enlightenment not e17.

You can browse the repository here.

Things to be done:

And also generic tasks you can work on all the time: 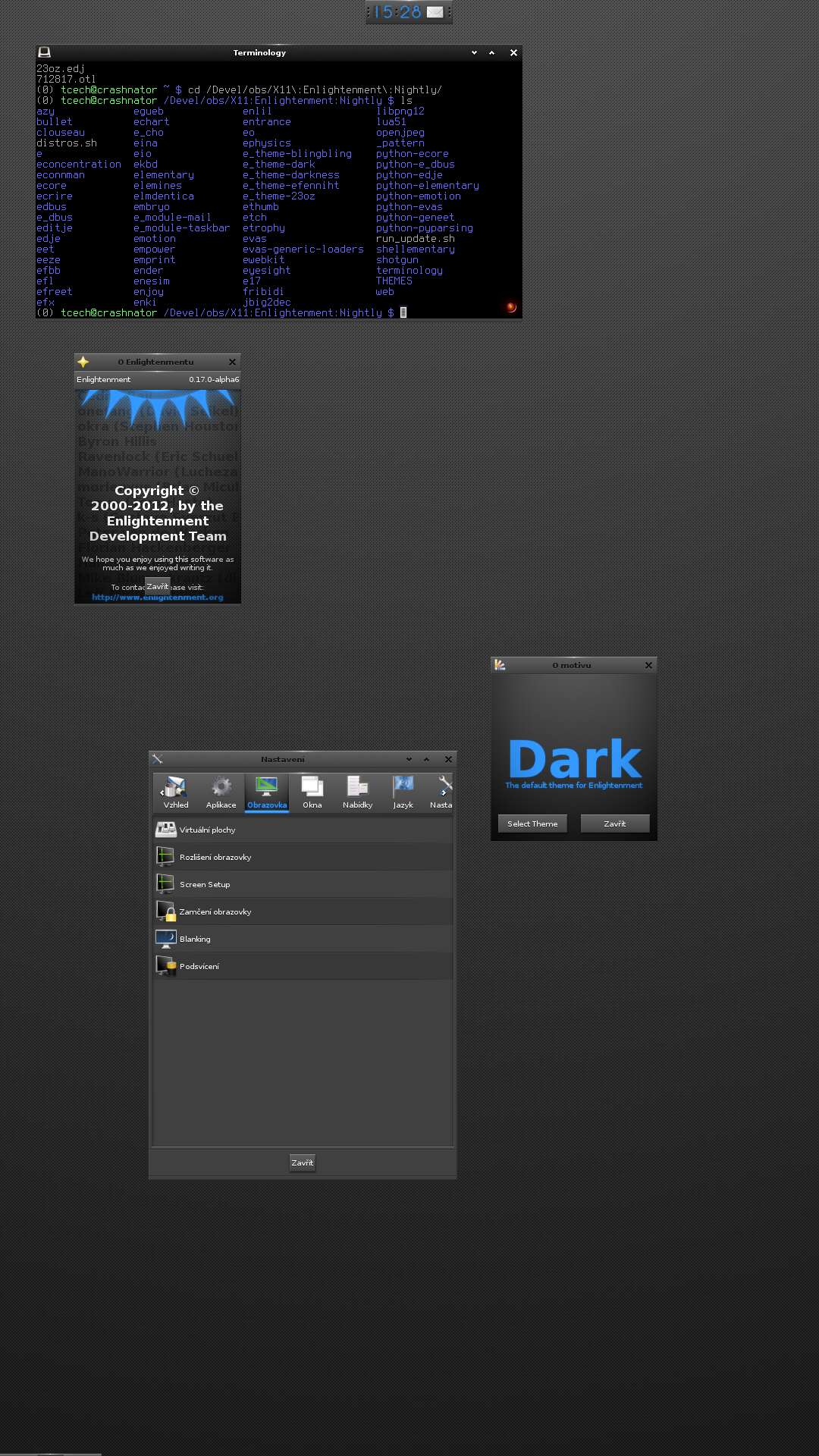