I've been an Opensuse user since SuSE 9.0 and a Linux user since Mandrake 7.X. I'm a Software trainer specialising in OpenOffice.org and desktop applications on SUSE Linux and SUSE Linux Enterprise. I've also been involved in the OpenOffice.org community since about 2002 and I'm the New Zealand Marketing Contact for OOo.

All my OOo training is done on OpenSUSE and as a consequence I promote OpenSUSE to all the people and organisations that I do training with. Most of my experience is on the desktop though I do some server work as well.

I also specialise in migration consultancy to enterprise

I can be contacted via email any time

Software Freedom Day was a hectic three days: Friday at a new Senior High School in Auckland. The school has embraced Free Software and the school runs a Linux network and fat clients throughout the school(unfortunately of the Brown variety!) very well set up. The deputy principal organised a LAN Party and the students had a Nexiuz tournament and we had displays of Free Software and chatted to visitors and handed out OpenSuSE DVDs. The Live component and being able to run either live Gnome or Live KDE was definitely a hit.

Saturday was an early start to pack into Wintecs (Waikato Institute of Technology) Gallagher room and setup a 4 terminal KIWI LTSP rig. This was to demonstrate the progress of LTSP and show how it could be a use for old hardware.(this rig uses old p2 and p3 small form factor Compaqs as thin clients). Interesting comments when the KIWI logo popped up on the ltsp login page: "Hang on, that's not a Kiwi, that's a Kiwifruit!" To which I had to explain, "That's true, but they're Americans, they don't understand the difference between a bird and a Hairy Berry!" :D 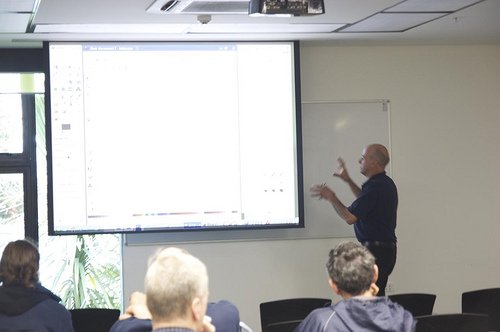 My presentation on Free Software in Business was well received and used the entire hour allowed as we talked about all the software that comes on the OpenSuSE DVD. Many people were interested in the retail pack which I had on display

Many people looked and played with the KIWI LTSP rig. One thing I did note was that KIWI LTSP is considerably more resource hungry than LTSP 4.2. and so struggled with multiple users. More ram in the terminals I'm thinking. 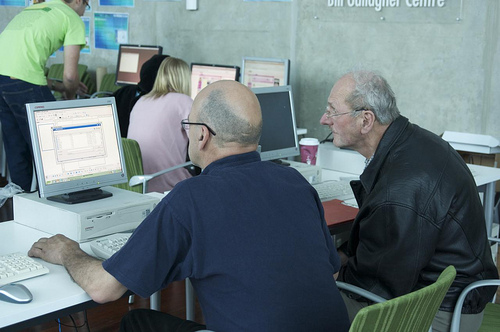 I handed around more 11.1 DVDs and continued doing demos on the KIWI setup to a steady stream of people.

Packout in Hamilton at four load everything in the car for a 6:30 Sunday morning departure to Auckland University. Finding a carpark close enough to the venue to lessen the carrying of the LTSP rig was problematic but solved by sneaky use of the staff carpark. It helps to have a staff member around who knows who's not coming in on a sunday! :D 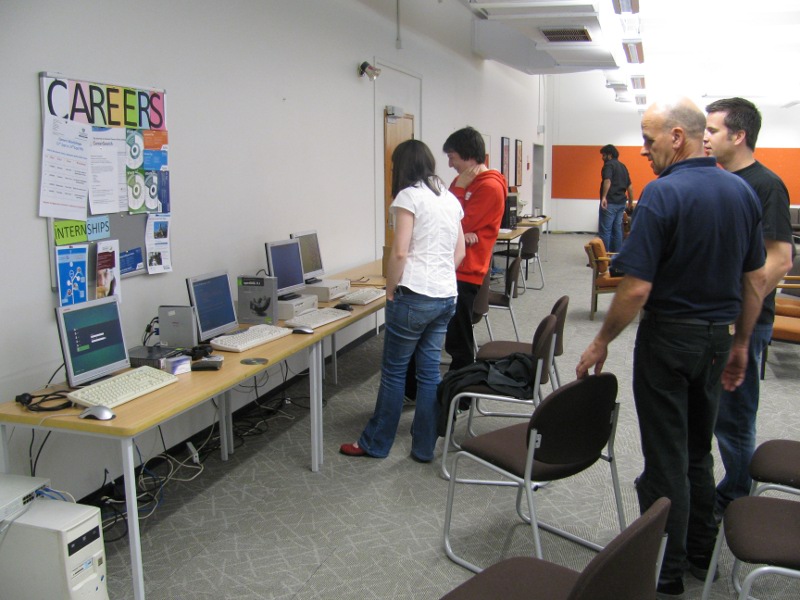 Mainly demonstrations and talking to people after the setup and talking about the OS DVD and KIWI LTSP and the trivial install.

Note in the picture the 11.1 retail box in pride of place!

God only knows how much time I spent on the road but I covered 850 kms over the three days. 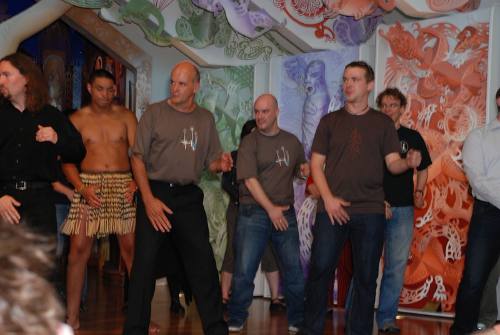 and I learnt to do the haka at the Speakers Dinner  :). I was working as a volunteer at the conference helping with AV and ushering a couple of venues. Unfortunately this left little time for waving the SuSE flag amongst all the Ubuntu-ites. I distributed DVDs around several of the booths at the open day, unfortunately there was no Novell presence at all, somewhat disappointing, 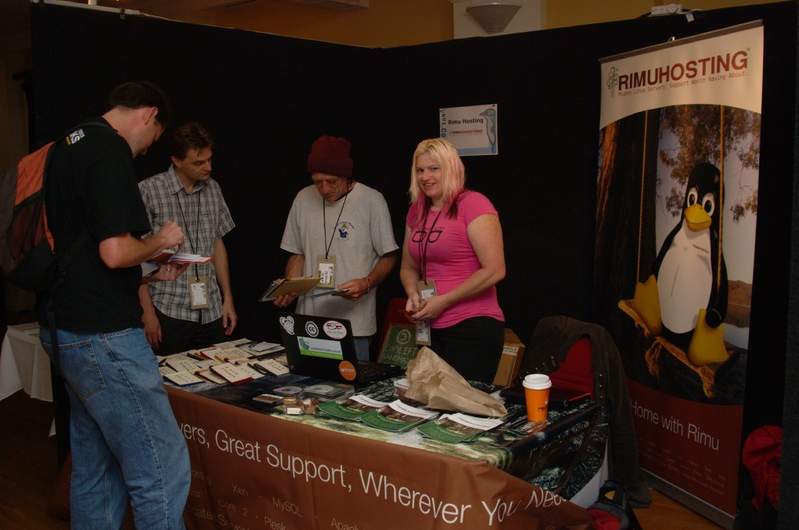 but 80 DVDs were handed out to OpenDay visitors and I managed to float around the booths talking to visitors about OpenSuSE when I had the time. If you look carefully in the middle of the Rimu Hosting guy's table you'll see a bunch of 11.2 DVDs that they were handing out. 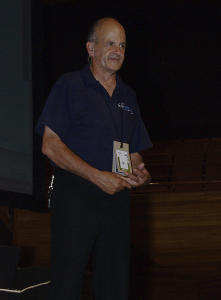 On sunday I did my "Avoiding Presentation Nightmares" seminar for the speakers. Unfortunately (or perhaps fortunately looking at the ugly photo) the AV guys weren't set up so it didn't get videoed. I'm going to have to do that myself one day obviously. The seminar was well attended, about 35 of the speakers turned up, some leaving with somewhat of a "hunted" look on their face. The ones that listened and learned turned in some spectacular presentations. This session was I think the only time that the Geeko was up on the screen in the main auditorium, most done on Apple it seemed.  :(