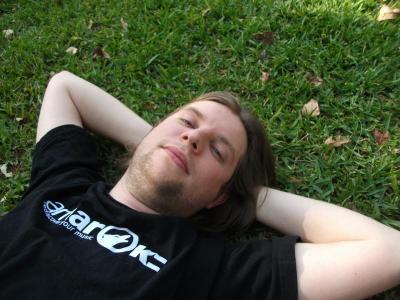 My name is Jos Poortvliet and I'm known as jospoortvliet on IRC etc. I work for SUSE as openSUSE community manager since August 2010.

I'm Dutch, live in the Berlin, Germany and have been involved in Free Software since about 2000. Initially hanging out in a few communities like Mandriva, aMule and others - later became KDE marketeer and now I'm a Geeko!