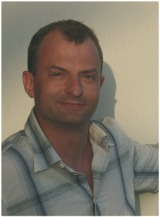 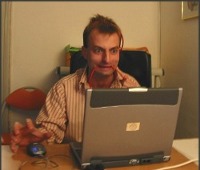 This need to work !

I has fallen in computers in 1991, started with Dos,Windows, NT etc. I really enjoy development & testing, and also as system administrator too. (this thing needs to work !)

From the last 12 years, I've been using opensource software and more intensively (exclusively) openSUSE from 2004. If you don't find me often on IRC, it's just because I'm a shadow's worker, in the front battle, the mud to have my customer's running openSUSE server instead of concurrency operating software.

I was very proud to become a visible active lizard. And I would like to thank all folk's here who made this great distribution we can use for what we needs. Further seeing how our community & project is envolving

You would find me in

Too awesome to meet people in real life.

I was at Fosdem, in Zürich presenting openSUSE project during Gnome3 launch party. Also in Patra (Greece) with the Greek ambassadors team, also co-organize the virtual launch party on SecondLife for the launch of 11.4

Wear almost my geeko t-shirt everyday. Don't panic, I've several sorts of them. Was at OSC 2011 for the rwx sessions, and will present a workshop about kvm/libvirtd. Then the 12.1 launch !

Still dreaming about a washed-pink branding package ... Put Geeko on a drone :-)

Years will continue to pass, and this page will be updated from time to time.

my blog on lizards is open [blog]

Primarily, I would post tricks & tips but this time in french, to help getting a better french user groups. Unfortunately, there's only posts in English.

If you have request or special desires, don't hesitate to leave me a note.