Jump to: navigation, search
Welcome to the Deepin Portal
Deepin Desktop Environment is an elegant, easy to use and reliable domestic desktop operating system released by Deepin Technology Co. The base system of Deepin Desktop is written by golang, and its user interface is Qt5. It can be installed in openSUSE with the community support now. This page is a user guide for openSUSE distribution.
Installation
Warning！ Deepin Desktop has some security issues, Please don't deploy Deepin Desktop in anywhere important！

Deepin Desktop have been brought into openSUSE Official, you can install it directly on Tumbleweed and Leap 15.4+. But you should configure repositories first on Leap.

The lightdm is the upstream's default display manager, but it can not launch Deepin Desktop on Leap 15.3 and higher. SDDM and GDM work fine for Deepin Desktop.

For ensuring your openSUSE is in security, We disable all the dbus and policykit features for deepin-api and deepin-daemon by default, as well as the deepin-file-manager. It leads to Deepin Desktop can not work fine, some features are invalid.

You can install these Applications from OSS repository.

This is the default media player in Deepin Desktop.
Deepin Movie provides an intuitive easy to use operation interface and rich complete shortcuts. You can complete all play operations by keyboard, which will make you thoroughly get rid of the constraint of a mouse click. Video files in various formats can be played through Deepin Movie, and you can use the streaming function to easily enjoy online video resources.
Please note: this application doesn't support ARM.

It is a simple music player, default music player in Deepin Desktop.
It brings all brand new UI design, extreme playing experience, and it has local music scanning and lyric sync functions, etc.

Deepin Editor is a lightweight and easy to use text editor with some customizable features.

Deepin System Monitor provides a simple and practical tool for monitoring usage of CPU, memory and network, as well as management of system and application process including viewing, searching and killing.

These Applications are all on Tumbleweed official, but they should be install after configure repositories follow Portal:Deepin/Installation on Leap.

Deepin Boot Maker is a bootmaker. It is simple in interface and easy to operate. It helps users to easily make deepin boot disk.

Deepin Screen Recorder is a screen recorder tool, it supports to save the recorded screens as gif or mp4 format. It can select the recorded window automatically or manually by selecting the area. Users just need to start and stop the recording process, and the file will autosave to the desktop.

Deepin Voice Recorder is a simple, beautiful and easy-to-use recording application. Whether you want to record your own songs or call and meeting recordings, you can use Deep Recording to do it; it also supports visual recording, recording playback, recording list management and other functions.

Deepin Image Viewer is an image viewer. It is fashion and smooth supports multiple image formats, user can view any kind of image.

Please visit https://www.deepin.org/en/original to get Screenshots and more information about these applications.
security issues
The DBus and Policykit feature of Deepin Desktop still are not accepted in openSUSE official due to some security issues. These known issues are:
Screenshots 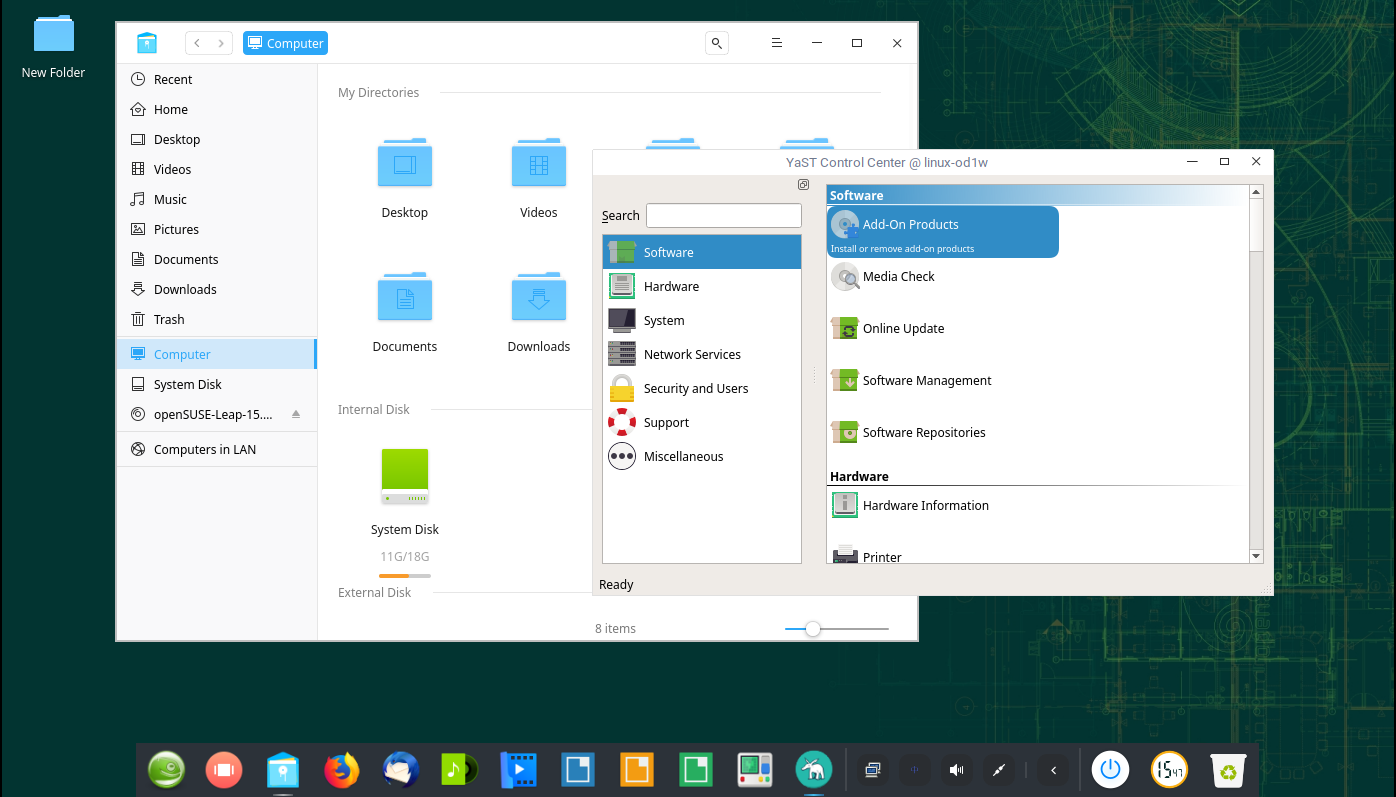