Jump to: navigation, search
MuseScore is a free music notation software for Linux, Windows and Mac. It's available in more than 30 languages. This makes it the ideal score writer for music schools.
MuseScore 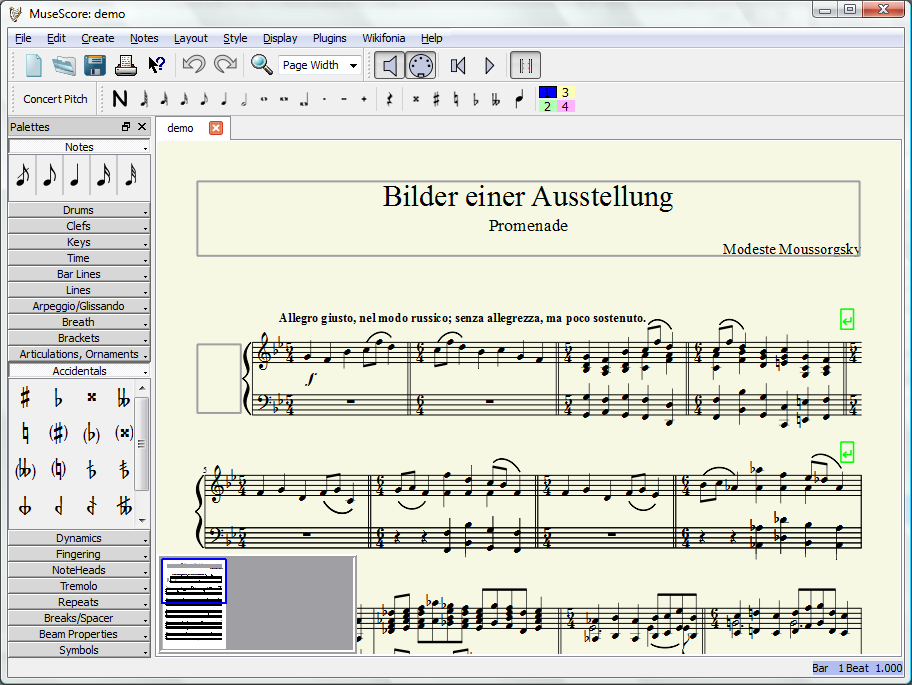 MuseScore is a music scorewriter for Linux, Microsoft Windows and Mac OSX. MuseScore is a WYSIWYG editor, complete with support for score playback and import/export of MusicXML and standard MIDI files. Percussion notation is supported, as is direct printing from the program.

The program has a clean user interface, with fast note editing input similar to the step-time note entry found in the popular commercial Scorewriting software packages, Finale and Sibelius.

MuseScore is able to import and export from many different music formats, including MIDI and MusicXML, as well as the importing of files from the commercial music arranging software, Band-in-a-Box. It is able to produce engraved output as a PDF, SVG or PNG document, or alternatively, music can be exported to GNU LilyPond for subsequent tweaking of the output. The music is played back thanks to a Soundfont and can be saved as OGG, WAV or FLAC.

MuseScore is an outgrowth of MusE, a MIDI sequencer for Linux. In 2002, Werner Schweer decided to "cut MusE's notation capabilities out of the sequencer and rewrite it as a standalone notation editor."(Dave Phillips, "At the Sounding Edge: Music Notation Software, the Final Installment," Linux Journal (6 April 2006)). The rewrite is based on the cross-platform Qt toolkit.