Jump to: navigation, search
This project aims at making a graphical development environment based on a Basic interpreter, so that we have a language like Visual Basic™ under Linux.
Gambas 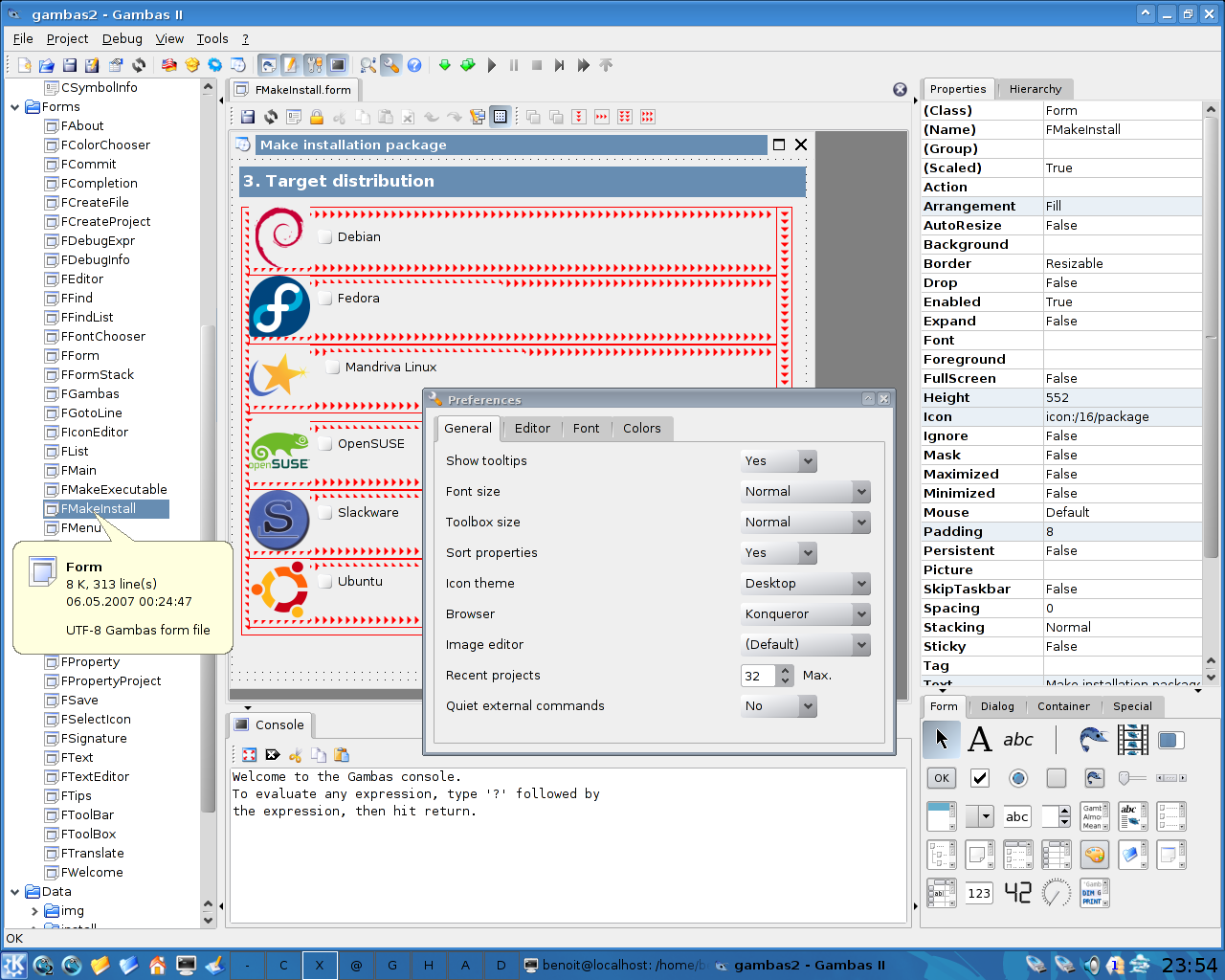 The package wizard in Gambas running under Gnome.

Gambas is a full-featured object language and development environment built on a BASIC interpreter. It is released under the GNU General Public Licence.

Its architecture is largely inspired by Java. So Gambas is made up of:

The compiler is a fast little executable written in C:

The interpreter is a small executable also written in C that is less than 180 Kb:

Finally, the archiver is a program that creates a Gambas executable from a Gambas project directory.