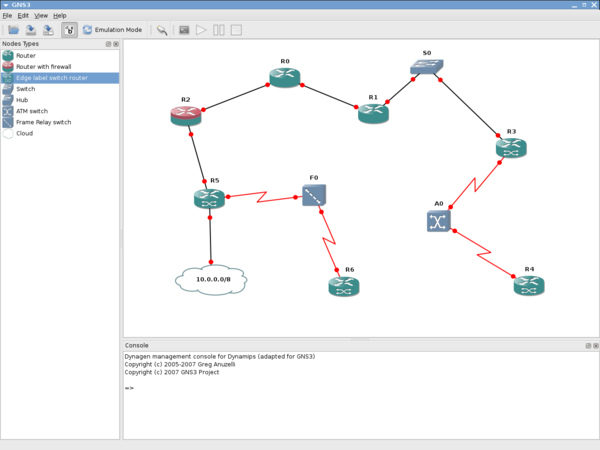 GNS3 is a graphical network simulator that allows you to design complex computer network topologies and to launch simulations on them.

GNS3 is a excellent complementary tool to real labs for administrators of Cisco networks or people wanting to pass their CCNA, CCNP, CCIP or CCIE certifications.

It can also be used to experiment with features of Cisco IOS or to check configurations that need to be deployed later on real routers.

This project is an open source product that may be used on multiple platforms, including Windows, Linux, and MacOS X.

To allow complete simulations, GNS3 is strongly linked with: